Comprehensive protection for your PC, Mac or mobile device

How long does it take for malware to infect your brand-new computer. If you use free or other inferior security software, maybe not long at all. Cybercriminals are more sophisticated than ever before and they use a diverse arsenal of tools to gain access to your information. Other security products just don’t have the resources to keep up with new threats as they emerge. But Norton products do. As the threats get worse, our products just keep getting better. Our teams of security experts are constantly analysing new threats and devising ways to protect your devices from them.

We’re so confident in our ability to keep you secure, we offer our Virus Protection Promise: From the moment you subscribe, a Norton expert is available to help keep your devices virus-free.

The minimum operating system requirements for Norton Security are: 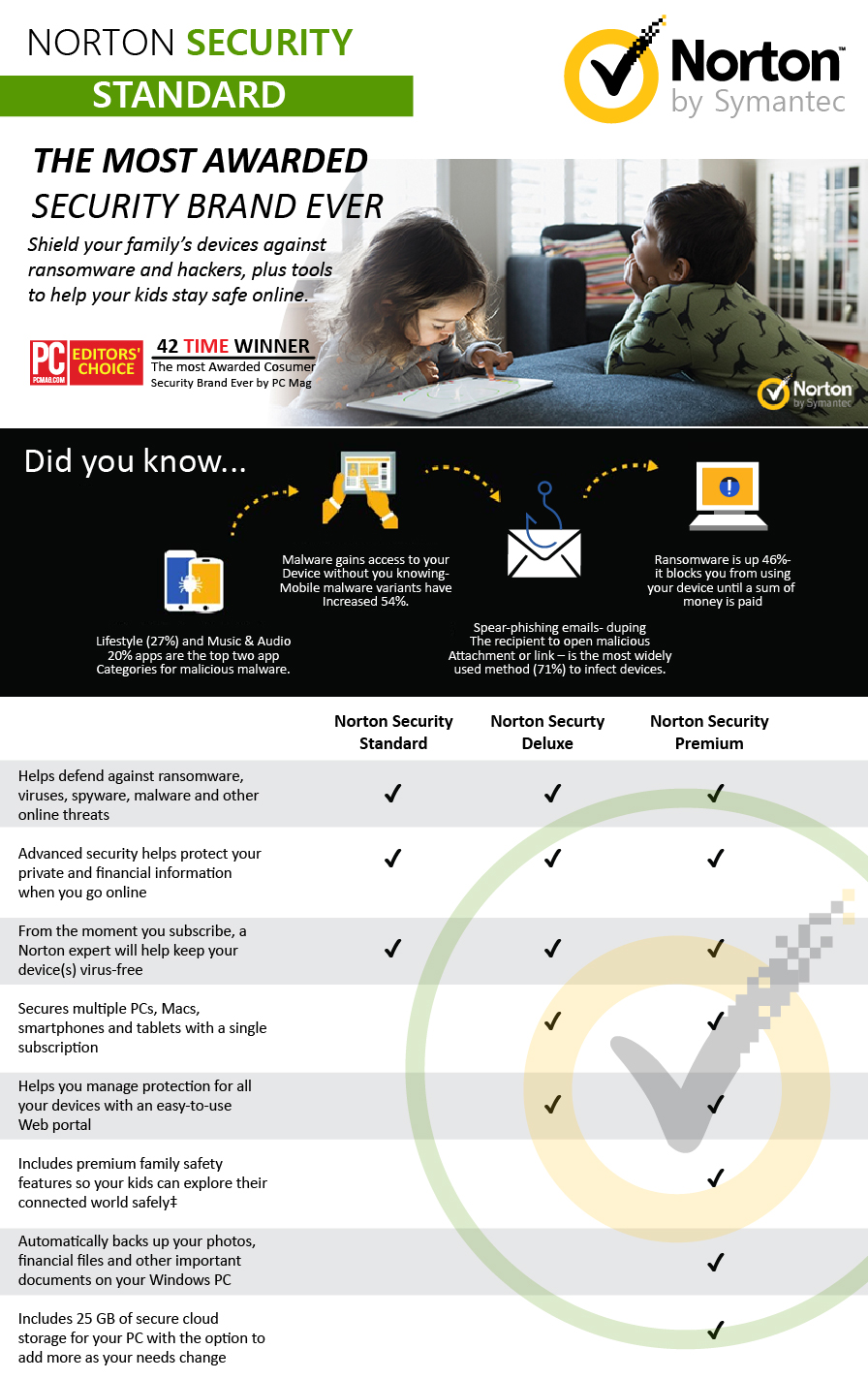